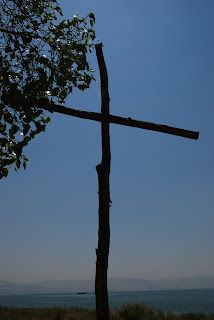 What does Easter mean to you?

For me, it has meant all of those things, although these days the long weekend is not one that I take off work! Yet the most important aspect of Easter for me is the SonRise!

In my childhood years, I used to go with my parents and my sister to the early morning Sunrise service that took place at Ness Point, Lowestoft. It’s not a scenic landmark, but it is Britain’s most easterly point. In 1999, Lowestoft Town Council put a lot of effort into advertising the town as the first place in the country on which the new millennium would dawn – until someone pointed out that due to the curvature of the earth, the sun would rise first over Dover! That’s probably still true in March and April. Even so, there was something special about gathering with other Christians on Easter Sunday, and celebrating the SonRise whilst seeing the sunrise!

After the darkness of Jesus’ crucifixion, and the seeming finality of his burial, the gospels tell us that some women went to anoint his body with spices, early on the Sunday morning. It was just after sunrise, and as they journeyed to the tomb, they wondered who would roll away the stone in front of it to allow them to perform this final act of service for Jesus. They had thought that this man might be the Son of God, but now he was dead. They reckoned without the power of God, who made the SonRise! Two angelic figures said to them, ‘Why do you look for the living among the dead? He is not here: he has risen!’

Jesus, the Son, has risen! He is still the Risen Lord! He has conquered death! Because of the death and resurrection of Jesus Christ, we can know life. The SonRise gives me confidence that all of the darkness of my life, and the pain of the world, will one day be overcome. I hope it gives you that confidence, too!

The Lord is risen. He is risen indeed. Hallelujah!